Patricia Heaton is an American actress of film and television. She is most famous for her portrayal of Debra Barone on the CBS sitcom Everybody Loves Raymond, for which she won two Emmy Awards for Outstanding Lead Actress in a Comedy Series. She played Frankie Heck on the ABC sitcom The Middle from 2009 to 2018. Her other television credits include Thirtysomething, Room for Two, Someone Like Me, Women of the House, and Back to You. She has also played prominent roles in the films Beethoven, The New Age, Space Jam, and Moms’ Night Out. In October 2015, she began hosting Patricia Heaton Parties, a cooking show on The Food Network, which won a Daytime Emmy for Outstanding Culinary Program in 2016. Born Patricia Helen Heaton on March 4, 1958 in Bay Village, Ohio, USA, to parents Patricia Hurd and Chuck Heaton, she belongs to English, German and Irish descent. She has three sisters, Sharon Heaton, Alice Heaton and Frances Heaton, and one brother, Michael Heaton. After graduating from Bay High School in Bay Village, Ohio, she attended and graduated from Ohio State University in 1980 with a bachelor’s degree in Drama. She began her career in the Broadway musical Don’t Get God Started. Playing the role of Amanda Russell, she made her first television appearance in the series Alien Nation in 1989. She married actor David Hunt in 1990. They have four sons, Sam, John, Joseph, and Daniel. She was previously married to Constantine Yankoglu. 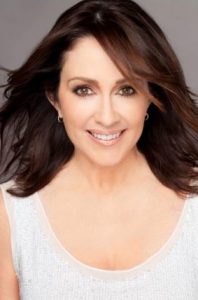 Patricia Heaton Facts:
*Born on March 4, 1958 in Bay Village, Ohio, she was raised as a devout Catholic.
*Her mother died of an aneurysm when she was 12 years old.
*On May 22, 2012, she received a star on the Hollywood Walk of Fame.
*She is friends with Andrew Breitbart, Lucinda Jenney and Tony Shalhoub.
*Follow her on Twitter, Facebook and Instagram.