Dianna Russini is an American Sports Journalist. She currently works for ESPN as a news anchor for SportsCenter. She formerly worked for NBC-TV in Washington, D.C. She worked as a reporter and anchor at NBC News, NBC WASHINGTON, NBC NEW YORK, CSN and NBC CONNECTICUT. Born Dianna Marie Russini on February 11, 1983, in Bronx, New York City, USA, she was raised in Norwood, New Jersey. She has an older brother and a sister named Nicole D. She attended Old Tappan High School in New Jersey, and graduated from university in 2005 with a Bachelor of Arts degree in Journalism. Following her graduation, she joined News 12 Westchester/ Hudson Valley as a reporter. 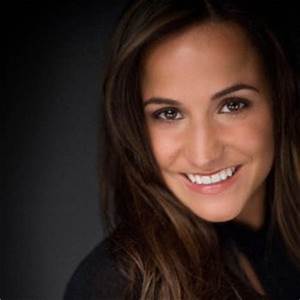 Dianna Russini Facts:
*She was born on February 11, 1983, in Bronx, New York City, New York.
*She played women’s soccer at George Mason University for four seasons.
*She joined ESPN in July 2015 as a SportsCenter reporter.
*She covered the Boston bombing at NBC Connecticut before heading to WRC-TV in Washington.
*Follow her on Twitter, Facebook and Instagram.