Patricia Richardson is an American actress born in Bethesda, Maryland. She is most famous for her role of Jill Taylor on the sitcom Home Improvement, for which she was nominated four times for the Primetime Emmy Award for Outstanding Lead Actress in a Comedy Series and two times for the Golden Globe Award for Best Actress in a Television Series – Comedy or Musical. For her role in Ulee’s Gold, she received an Independent Spirit Award nomination. She was born Patricia Castle Richardson on February 23, 1951 in Bethesda, Maryland, USA. She is the daughter of Mary Elizabeth Howard and Lawrence Baxter Richardson, and sister to Ann, Lynn and, Cathy. She had three children with SRay Baker, whom she was married to from 1982 to 1995. She is a graduate of the prestigious Hockaday School For Girls-Dallas and Southern Methodist University. 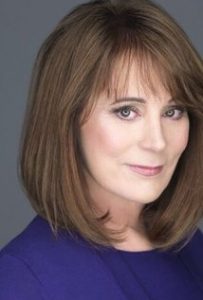 Patricia Richardson Facts:
*She is the 3rd of four children.
*Her father, Lawrence Baxter Richardson, was a corporate executive and retired naval officer.
*She is a registered Democrat.
*She was in a long-term relationship with retired psychologist Dr. Mark Cline.
*Follow her on Twitter and Facebook.