Singer Patti LaBelle was born Patricia Louise Holte on May 24, 1944 in Philadelphia, Pennsylvania, the daughter of Bertha and Bertha Holte. Her father was a railroad worker and her mother was a domestic. She listened to jazz and doo-wop and sang a solo at Beulah Baptist Church when she was twelve. LaBelle has spent over 50 years in the music industry, who began her career in the early 1960s as lead singer of the band Patti LaBelle and the Bluebelles. A decade later the group changed their name to Labelle and recorded the hit song “Lady Marmalade”. Patti became a solo artist in 1976 and her debut album was another success. Her songs “New Attitude” and “Stir It Up” energized the Beverly Hills Cop soundtrack in 1984. She was nominated for a Grammy Award for Best Pop Vocal Performance by a Duo or Group for “On My Own,” which she sang with Michael McDonald. She is with the height 5 feet 5 inches in tall. She wears a size 9 shoe and her zodiac sign is Gemini. 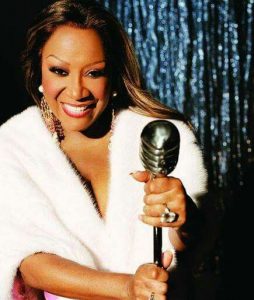 Patti LaBelle Facts:
*Godmother of Mariah Carey.
*She often takes off her shoes while performing.
*She is the owner of Chez LaBelle dinner theater in Philadelphia, Pennsylvania.
*She has two fragrances and a line of lipsticks and nail polishes.
*Suffers from diabetes.
*She lost all three of her sisters to some form of cancer. (In 1972, her eldest sister Vivian Rogers died of lung cancer at 42. In 1982, she lost her second-eldest sister, Barbara Purifoy, to colon cancer at 41. She lost her youngest sister, Jacqueline “Jackie” Padgett, to lung cancer.)
*Follow her on Twitter, Facebook and Instagram.