Patty Mills is an Australian professional basketball player who plays for the San Antonio Spurs of the National Basketball Association (NBA) at the Point guard position. He was selected by the Portland Trail Blazers with the 55th overall pick in the 2009 NBA draft after playing two years of college basketball for Saint Mary’s College of California. 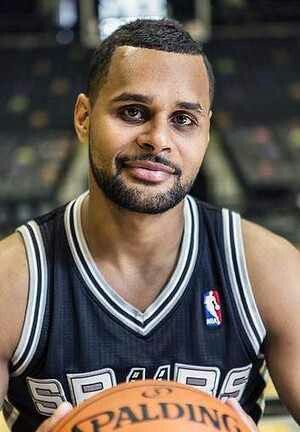 Born Patrick Sammie Mills on August 11, 1988 in Canberra, Australia, his father, Benny, is a Torres Strait Islander (Muralag) and his mother, Yvonne, is Aboriginal Australian (Nyunga), he is the cousin of rugby league player Edrick Lee and fellow basketball player Nathan Jawai. He attended Canberra’s Marist College, but left at the end of 2004 to attend the Australian Institute of Sport and Lake Ginninderra College. He began playing professionally in 2009 and became one of the first Australians to play in the NBA. In 2014, Mills began dating Alyssa Levesque.

Patty Mills Facts:
*Born on August 11, 1988 in Canberra, Australia, he is of Torres Strait Islander and Aboriginal Australian descent.
*He made his senior national team debut for the Boomers at the FIBA Oceania Championship in 2007.
*He began his NBA career with the Portland Trail Blazers in 2010.
*He helped the San Antonio Spurs win the NBA Championship in 2014.
*He is the second Indigenous Australian to play basketball in the NBA (after Nathan Jawai).
*He raised over $40,000 with the charity foundation Wears My Shirt for the 2010 Queensland flood relief.
*Follow him on Twitter and Instagram.