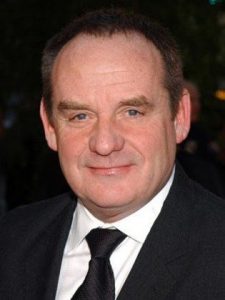 Paul Guilfoyle Facts:
*He was born on April 28, 1949 in Boston, Massachusetts, USA.
*He graduated from Boston College High School in 1968.
*He was a member of the Theatre Company of Boston.
*He has a Celtic snowflake tattoo on his right shoulder.
*Follow him on Twitter.