Paul Schulze is an American actor. He is best known for his portrayal of Ryan Chappelle on the Fox series 24, and for his role as Father Phil Intintola on the HBO series The Sopranos. He has appeared as a guest-star in several television series such as Law & Order, JAG, CSI: Crime Scene Investigation, The West Wing, NCIS, Oz, Frasier, Numb3rs, Mad Men, Criminal Minds, The Closer, NYPD Blue, Cold Case, Boston Legal, Journeyman, Terminator: The Sarah Connor Chronicles, Suits and Z Nation. His movie credits include New Jersey Drive, Clockers, Don’t Say a Word, Panic Room, Zodiac, and Rambo. In 2017, Schulze played William Rawlins in the Netflix series The Punisher. Born on June 12, 1962 in USA, Schulze grew up acting in commercials. He began his acting career in 1989. 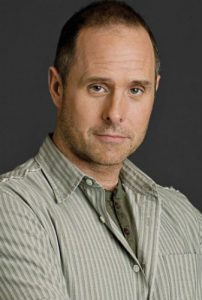 Paul Schulze Facts:
*He was born on June 12, 1962 in USA.
*He is a graduate of Stuyvesant High School.
*He played Ryan Chappelle on 24 and voiced the same character in 24: The Game.