Leila George D’Onofrio is an Australian actress. She is best known for her roles in the films Mother, May I Sleep with Danger?, Mortal Engines, and The Long Home. Born on March 20, 1992 in Sydney, Australia, she is the daughter of actor Vincent D’Onofrio and actress Greta Scacchi. She is of Italian descent on her father’s side, and of Italian and English descent on her mother’s side. She studied acting at The Australian Film School in Sydney. She also attended Lee Strasberg Theater & Film Institute, Manhattan, New York for two years. 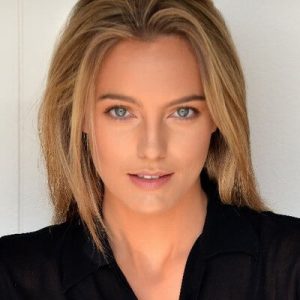 Leila George D’Onofrio Facts:
*She was born on March 20, 1992 in Sydney, Australia.
*Her parents are actors Vincent D’Onofrio and Greta Scacchi.
*She belongs to both Italian and English descent.
*She and her mother moved to London when Leila was barely a year old.
*She used to work as a waitress 4 days a week at a rooftop bar in Santa Monica.
*She played Katherine Valentine in the 2018 film Mortal Engines.
*She has dual citizenship of Australian and American.
*Follow her on Twitter and Instagram.