Paul Wesley is an American actor, director, and producer. He is best known for his portrayal of Stefan Salvatore on the drama series The Vampire Diaries, and for his multiple roles on the anthology series Tell Me a Story. He had the lead role in the 2007 ABC Family miniseries Fallen. Born Pawel Tomasz Wasilewski on July 23, 1982 in New Brunswick, New Jersey, to Polish parents Agnieszka and Tomasz Wasilewsk, he grew up in Marlboro Township, New Jersey. He has one older sister named Monika, and two younger sisters named Leah and Julia. Wesley attended Christian Brothers Academy in Lincroft, New Jersey, and Marlboro High School. He studied theatre in both New Jersey and New York City. In 2019, Wesley married Ines de Ramon. He was previously married to actress Torrey DeVitto from 2011 to 2013. 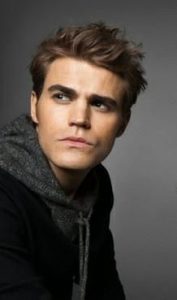 Paul Wesley Facts:
*He was born on July 23, 1982 in New Brunswick, New Jersey, USA.
*He is the son of Agnieszka Wasilewska and Tomasz Wasilewski.
*He is co-founder of Citizen Media, a production company based at Kapital Entertainment.
*He is fluent in both English and Polish.
*He is best friends with Ben McKenzie, and very close friends with Claire Holt.
*He enjoys playing ice hockey and snowboarding.
*From September 2013 to July 2017, he was in a relationship with Phoebe Tonkin.
*Follow him on Twitter, Facebook and Instagram.