Pauleen Luna is a Filipina actress and television presenter. She is best known for her appearance in the Philippine variety show Eat Bulaga!. Her film appearances include Blue Moon, White Lady, Volta, and My First Romance. She began acting when she was 13, becoming a member of ABS-CBN Corporation’s Star Magic Batch 11 in 2002, before transferring to GMA Network. Born Pauleen Marie Jimenez Luna in Manila, Philippines, on November 10, 1988, she is the daughter of Chat and Eugenio Luna. She has two brothers, Bryan and Miguel. She has been married to Vic Sotto since 2016. They have a daughter together. 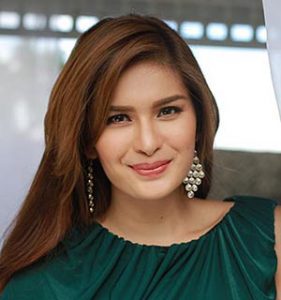 Pauleen Luna Facts:
*She first joined Eat Bulaga!’s Little Miss Philippines talent contest in 1995.
*She was ranked #9 in the FHM Philippines list of sexiest women in 2006.
*Christopher De Leon, Ashton Kutcher, Brad Pitt, Maricel Soriano and Jennifer Garner are her inspirations.
*She cites Gwen Stefani as her fashion icon.
*Follow her on Twitter, Facebook and Instagram.