Paz Vega is a Spanish actress and model, best known for her roles in Spanglish as Flor Moreno, The Spirit as Plaster of Paris, and Lucía y el sexo as Lucía. Her television credits include 7 Vidas, Mary of Nazareth, The OA, Perdóname, Señor, La Hermandad and Fugitiva. In addition to acting, Vega also pursued her career as a model. She is signed to 1/One Management in New York City. She replaced Penelope Cruz as the face of L’Oreal in 2011. Born María Paz Campos Trigo on January 2, 1976 in Seville, Andalucía, Spain, she is the daughter of Paz Trigo and Manuel Campos. Her younger sister, Sara, is a flamenco dancer. She dropped out of college after two years to pursue an acting career. She has been married to Orson Salazar since 2002. They have three children: Orson (2007), Ava (2009), and Lenon (2010). 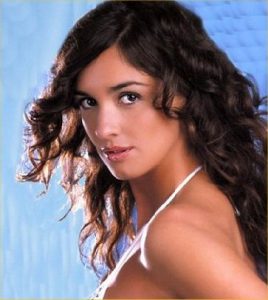 Paz Vega Facts:
*She was born on January 2, 1976 in Seville, Andalucía, Spain.
*She took her surname Vega from her grandmother.
*Maxim magazine named her #85 in its 2008 Hot 100 ranking of the world’s hottest women.
*Her husband, Orson Salazar, is Venezuelan. They met while vacationing on a Spanish island.
*Visit her official website: www.paz-vega.com
*Follow her on Facebook and Instagram.