Abby Elliott is an American actress and comedian who was a cast member on the television comedy show Saturday Night Live (SNL) for four seasons from 2008 to 2012. She played Taylor in the 2014 remake movie Teenage Mutant Ninja Turtles and had a recurring role as Jeanette Peterson on the CBS series How I Met Your Mother. Born Abigail Elliott on June 16, 1987 in New York City, New York, USA, to Paula Niedert and Chris Elliott, she was raised in Wilton, Connecticut along with her sister Bridey Elliott. Her father was an Saturday Night Live cast member during the 1994–1995 season (season 20) and her grandfather Bob Elliott was a comedian. After graduating from Immaculate High School in 2005, she was enrolled herself at Marymount Manhattan College in New York City, but dropped out in the first semester. In September 2016, she married her boyfriend of 2 years television writer Bill Kennedy in Eastern Connecticut following a 11-month-long engagement. 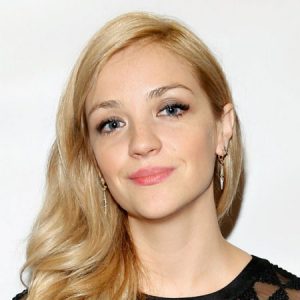 Abby Elliott Facts:
*She was born in New York City, New York, USA on June 16, 1987.
*She is the daughter of actor and comedian Chris Elliott.
*She is a 2005 graduate of Immaculate High School.
*She used to play softball as a pitcher.
*She dated actor Fred Armisen from 2010 to 2011.
*Follow her on Twitter and Instagram.