Peer Kusmagk is a German actor and television personality. He is best known for his portrayal of Ben Bachmann on the popular soap opera Gute Zeiten, schlechte Zeiten. Kusmagk played Lars Vollmer in the short-running sitcom Das Büro and took a guest role as eccentric fashion designer Niki di Lorenzo in Verbotene Liebe. In January 2011, Kusmagk took part in the reality show “Ich bin ein Star – Holt mich hier raus!” the German version of “I’m a Celebrity…Get Me Out of Here!”. He was also seen in Leipzig Homicide in 2012 and Alarm für Cobra 11 in 2013. Born on June 14, 1975 in Berlin, Germany, he is of Swedish descent. Kusmagk completed his acting training at the Etage in Berlin and at the Lee Strasberg Theatre and Film Institute in Los Angeles. He also took private acting lessons at the Summer Academy Theater with Herbert Fischer. He began his television career at German Sports Television (DSF). He has been married to Janni Hönscheid since 2017. They have two children. He was previously married to Swedish model and television host Charlotte Karlinder. 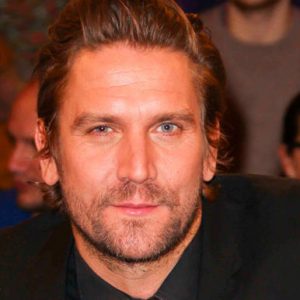 Peer Kusmagk Facts:
*He was born on June 14, 1975 in Berlin, Germany.
*He grew up in the Kreuzberg district.
*Both him and his ex-wife are of Swedish descent.
*He started his career as a television host for the German sports channel DSF.
*He is fluent in English, Spanish, Italian and French.
*He is the father of two children: Emil-Ocean and Yoko.
*Follow him on Twitter, Facebook (fanseite) and Instagram.