Peri Gilpin is an American actress and voice artist. She is best known for the role of Roz Doyle in the NBC sitcom Frasier, and as Kim Keeler on the ABC Family television drama Make It or Break It. She has done voice work in Final Fantasy: The Spirits Within, Danny Phantom, Superman: The Animated Series, Justice League, Hercules: The Animated Series, and Hellboy animated films. She has also appeared on the television series Medium and Desperate Housewives. Born Peri Kay Oldham on May 27, 1961 in Waco, Texas, to parents Jim O’Brien and Sandra Jo Hauck, she is the older sister of actors Marc Gilpin and April Gilpin. Gilpin attended and graduated from Skyline High School, Dallas, Texas. She has been married to Christian Vincent since July 31, 1999. They have twin daughters, Stella and Ava. 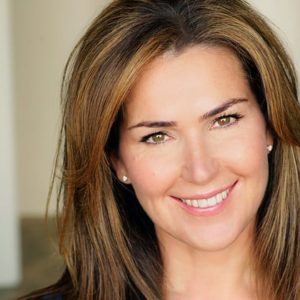 Peri Gilpin Facts:
*Born on May 27, 1961 in Waco, Texas, she grew up in Dallas.
*Her birth name is Peri Kay Oldham.
*Her parents divorced, and her mother married Wes Gilpin in 1969, and Gilpin then took her stepfather’s surname.
*She worked as a makeup artist before she started her acting career.
*She appeared in an 11th season episode of the series Cheers.
*From 1993 to 2004, she starred as Roz Doyle in the television series Frasier, a spin-off of Cheers.
*She owns a production company, “Bristol Cities”, with Jane Leeves and Jane’s sister, Kathryn.
*Follow her on Twitter and Instagram.