Peter Coyote is an American actor, director, screenwriter, author and narrator for movies, theatre, television and audio books. He is notable for his work in films such as E.T. the Extra-Terrestrial, Cross Creek, Jagged Edge, Patch Adams, Erin Brockovich, A Walk to Remember, Hemingway & Gellhorn and Good Kill. He was cast in lead roles on several television series: The 4400 in 2004 and The Inside in 2005. Coyote narrated the PBS series The Pacific Century, winning an Emmy in 1992. In 2015, Coyote won a Primetime Emmy Award for Outstanding Narrator for his work on The Roosevelts. Born Robert Peter Cohon on October 10, 1941 in Manhattan, New York, to parents Ruth (Fidler) and Morris Cohon, he has a younger sister. He grew up in Englewood, New Jersey and attended Dwight Morrow High School, graduating in 1960. He graduated from Iowa’s Grinnell College with a B.A in English Literature in 1964. He has been married three times and has two children. 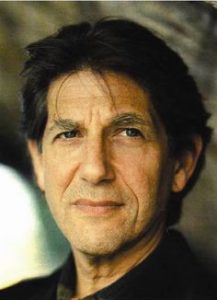 Peter Coyote Facts:
*He was born on October 10, 1941 in Manhattan, New York, USA.
*His father was from a family of both Ashkenazi Jewish and Sephardi Jewish ancestry, and his mother was a Jewish immigrant from the Russian Empire.
*He graduated from Grinnell College with a BA in English Literature in 1964.
*He has narrated over 200 documentaries.
*He won an Emmy Award in 1992.
*His voice has often been said to resemble that of actor Henry Fonda.
*He was one of the founders of the Diggers, an anarchist improv group active in Haight-Ashbury during the mid-1960s.
*He is fluent in both French and Spanish.
*He has been friends with Terry Bisson since their time as Grinnell College students in the early 1960s.
*He has been friends with author/poet Gary Snyder since the late 1960s.
*Visit his official website: www.petercoyote.com