Peter Jackson is a New Zealand film director, producer, and screenwriter, best known for directing The Lord of the Rings film trilogy and the Hobbit trilogy. He also directed the 2005 remake of King Kong. In 2003, Jackson was awarded three Academy Awards for The Lord of the Rings: The Return of the King, including the award for Best Director. Jackson’s other notable works include Heavenly Creatures, Forgotten Silver, The Frighteners, The Lovely Bones, They Shall Not Grow Old, District 9, The Adventures of Tintin: The Secret of the Unicorn, West of Memphis, and Mortal Engines. Born Peter Robert Jackson on October 31, 1961 in Pukerua Bay, North Island, New Zealand, to Joan and William Arthur “Bill” Jackson, his parents were English immigrants. He made his directorial debut with the 1987 slapstick horror comedy Bad Taste. He is married to New Zealand screenwriter, film producer, and lyricist Fran Walsh, with whom he has two children: son, Billy and daughter, Katie. 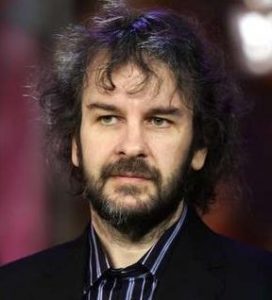 Peter Jackson Facts:
*He was born on October 31, 1961 in Pukerua Bay, North Island, New Zealand.
*Both of his parents Bill and Joan, died during production of the Lord of the Rings trilogy.
*He is the second-highest-grossing director by worldwide box office ($6.573 billion).
*He was ranked #7 in Empire (UK) magazine’s “The Greatest directors ever!” (2005).
*In 2007, he was ranked #16 on EW’s The 50 Smartest People in Hollywood.
*He is a huge fan of Doctor Who (1963).
*His five favorite films are The General, 1933’s King Kong, Goodfellas, Jaws and Dawn of the Dead.
*Follow him on Facebook and YouTube.