Peter Vack is an American actor, director, producer and writer. He is best known for his roles as Jason Strider in the MTV comedy series I Just Want My Pants Back, and Alex Merriweather in the Amazon Video comedy-drama series Mozart in the Jungle. He also guest-starred in single episodes of Hope & Faith, Third Watch, Law & Order: Special Victims Unit, Ghost Whisperer, and Cold Case. Born Peter S. Brown on September 19, 1986 in the West Village, New York City, to Russian Jewish parents, he is the son of director Ron Brown and Jane Brown. He has one younger sister who is also an actress and writer. He did his schooling from Riverdale Country School and Professional Children’s School. He studied Theater at University of Southern California. Peter made his acting debut in the 1996 short film Dear Diary, which won the Academy Award for Best Live Action Short Film. 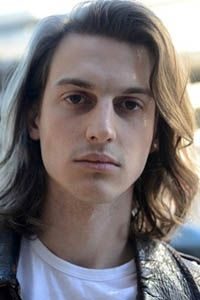 Peter Vack Facts:
*He was born on September 19, 1986 in New York City, New York, USA.
*He is of Jewish descent.
*His younger sister, Betsey, is also an actress and writer. They played siblings in Consent (2010).
*He provided the voice of Gary Smith in the action-adventure video game, Bully.
*Follow him on Twitter.