Petra Ecclestone is a British model, heiress, fashion designer and socialite. At 19, she created the menswear label FORM, which was sold into retailers including Harrods from October 2008. She bought The Manor from long-time owner Candy Spelling. Born on December 17, 1988 in Westminster, London, England, she is the daughter of Formula One billionaire, Bernie Ecclestone, and Slavica Ecclestone, an Armani ex-model. She is the younger sister of British model and heiress Tamara Ecclestone. She has an older paternal half-sister, Deborah. She attended Trevor-Roberts School, followed by Francis Holland School, and Benenden School. She married billionaire James Stunt in August 2011, and the couple had a daughter named Lavinia Stunt in February 2013, and had twin sons in April 2015 before getting divorced in 2017. 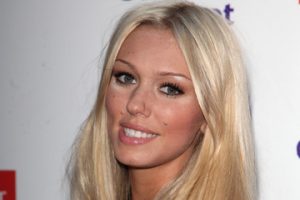 Petra Ecclestone Facts:
*She was born in Westminster, London, England on December 17, 1988.
*She is the daughter of the former chief executive of the Formula One Group, Bernie Ecclestone
*She is fluent in Croatian, and understands French and Italian.
*She was accepted into the Fashion program at the prestigious Central Saint Martins College of Art and Design in London.
*She married billionaire James Stunt in August 2011.