Pevita Pearce is an Indonesian actress and singer, best known by the public for her roles as Angel in the 2006 film Denias, Senandung di Atas Awan. She played Tita in the 2008 film Lost in Love. Born Pevita Cleo Eileen Pearce in Jakarta, Indonesia, on October 6, 1992, she is the daughter of Ernie Auliasari and Bramwell Pearce. She has two siblings. She was in a relationship with Anindyo Baskoro from 2010 to 2012. 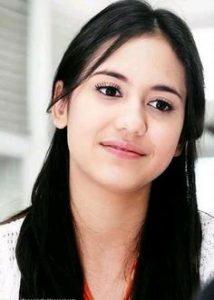 Pevita Pearce Facts:
*She is the middle of three children.
*Her father is from Wales while her mother is from Banjarmasin.
*She continued her study in New York City.
*Follow her on Twitter, Facebook and Instagram.