Robert Redford is an American actor, director and producer as well as founder of the Sundance Film Festival. He is best known for roles such as Johnny Hooker in Johnny Hooker, Hubbell Gardiner in The Way We Were, Bob Woodward in All the President’s Men, and Sundance Kid in Butch Cassidy and the Sundance Kid. As a director, he received the Academy Award for Best Picture and won the Academy Award for Best Director for his debut film Ordinary People. Born Charles Robert Redford Jr. in Santa Monica, California, on August 18, 1936, he is the son of Martha Hart, from Texas, and Charles Robert Redford, an accountant for Standard Oil, who was originally from Connecticut. He belongs to English, Scottish, Cornish, and Irish descent. He married Lola Van Wagenen in 1958, and they had four children before getting divorced in 1985. He married Sibylle Szaggars in July 2009. 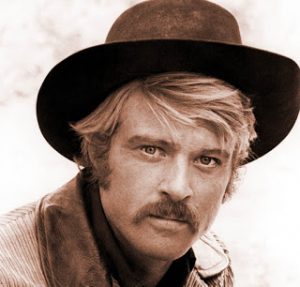 Robert Redford Facts:
*He began his acting career appearing on such TV shows as Perry Mason, The Untouchables and Alfred Hitchcock Presents.
*In 1995, he was placed at #4 in the list of ‘100 Sexiest Stars in film history’ by Empire magazine.
*He was ranked #53 in Empire Magazines 100 Sexiest Movie Stars of all time.
*He has two sons, Scott and James and two daughters, Shauna and Amy.