Phaedra Parks is an American television personality and lawyer. She is best known for her appearance on the Bravo reality show The Real Housewives of Atlanta. She is also notable for her work with celebrities like Bobby Brown and Whitney Houston. Parks is the author of the bestselling “Secrets of the Southern Belle: How to Be Nice, Work Hard, Look Pretty, Have Fun, and Never Have an Off Moment,” which provides amusing and entertaining insight and tips on how to have all the charm, confidence and grace of a true Southern Belle. Born on October 26, 1973 in Athens, Georgia to Pastor Henry Parks and Regina Bell, she has three siblings; Henri, Albert, and Keosha. Parks obtained a Bachelor of Arts degree with honors from Wesleyan College, a Juris Doctorate from the University of Georgia as well as a degree in mortuary sciences from Jefferson State College. She had two sons, Ayden and Dylan with her ex-husband Apollo Nida. 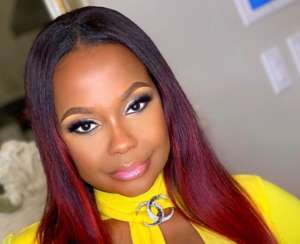 Books: Secrets of the Southern Belle: How to Be Nice, Work Hard, Look Pretty, Have Fun, and Never Have an Off Moment

Phaedra Parks Facts:
*She was born on October 26, 1973 in Athens, Georgia, USA.
*She attended Wesleyan College and University of Georgia.
*She became a cast member on the reality series The Real Housewives of Atlanta.
*She was once appeared on the cover of the magazine Super Lawyers.
*Visit her official website: www.PhaedraParks.com
*Follow her on Twitter, Facebook and Instagram.