German retired professional footballer who was the captain of both Bayern Munich and the German national team. Lahm played as a right back or defensive midfielder and spent much of his early career playing left back. He helped Germany capture the 2014 World Cup title and led Bayern Munich to five Bundesliga championships from 2002 to 2013. Lahm is considered by many to be one of the best defenders of his generation and one of the greatest defenders of all time. 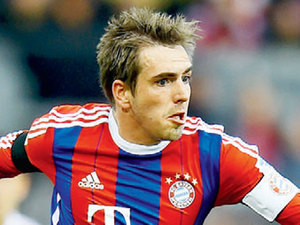