Kyle Edmund is a British professional tennis player who achieved a career-high singles ranking of World No. 14 on October 8, 2018. Turning professional in 2011, Edmund is a former world top 20 player and Australian Open semi-finalist (2018), and was the top-ranked male British tennis player from March 2018 until October 2019. He is an Australian Open semi-finalist, and only the sixth British man to play in a major singles semi-final in the Open era. Edmund won his maiden ATP Tour title at Antwerp in October 2018. 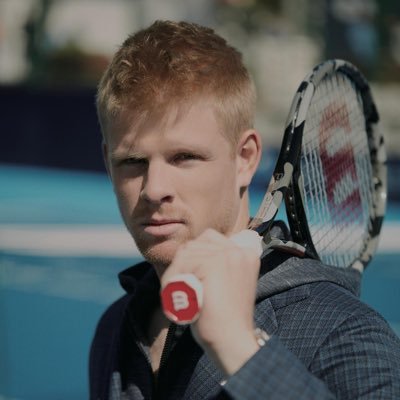 Kyle Edmund Facts:
*Born on January 8, 1995 in Johannesburg, South Africa, he moved to Britain when he was three and grew up in the village of Tickton near Beverley, East Riding of Yorkshire.
*His mother was from South Africa.
*He turned professional in 2011.
*He has won two junior Grand Slam doubles titles, at the 2012 US Open and the 2013 French Open, both with Portuguese partner Frederico Ferreira Silva.
*He was part of the Great Britain team that won the Junior Davis Cup for the first time in 2011.
*He made his Davis Cup debut in the 2015 final, against Belgium, with Great Britain winning the tournament for the first time in 79 years.
*Visit his official website: www.kedders.co.uk
*Follow him on Facebook and Twitter.