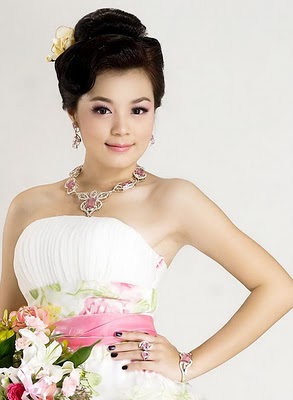 Phway Phway Facts:
*She was born on August 9, 1988 in Mogok, Myanmar (Burma).
*Throughout her younger years, she always had an interest in singing.
*Phway and her friends formed a band, “Art of Depression” with her as a singer.
*She did her schooling from Kamayut 2 High School, and graduated from University of Foreign Languages, Yangon with a Bachelor of Arts degree in Korean in 2008.
*She is the cousin of Myanmar model and actress Wut Hmone Shwe Yee.
*She starred in over 100 video films and appeared on many magazine covers.
*In addition to acting, singing and modeling, Phway Phway also has great interest in fashion designing.
*Follow her on Twitter, Facebook and Instagram.