Piero Barone is a tenor from Italy. He is best known as a member of the Italian operatic pop trio, Il Volo, the group responsible for albums such as We Are Love, Mas Que Amor, and their self-titled debut album. Born on June 24, 1993 in Naro, Italy, to parents Eleonora Ognibene and Gaetano Barone, he has an older brother named Francesco, and a younger sister named Pietro. 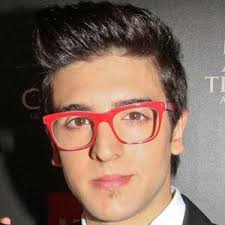 Piero Barone Facts:
*He was born on June 24, 1993 in Naro, Italy.
*In August 2008, Barone won the Festival Bruna Bennardo in Favara, Sicily.
*He became part of the operatic pop trio Il Volo alongside singers Gianluca Ginoble and Ignazio Boschetto in 2010.
*He was nominated for two Latin Grammy Awards with Il Volo.
*He is the oldest member of Il Volo.
*Visit Il Volo’s official website: www.ilvolomusic.com
*Follow him on Twitter, Facebook and Instagram.