Pilar Rubio is a Spanish reporter and television presenter who rose to prominence after covering events for the program Se Lo Que Hicisteis on the La Sexta network. She was the host of Operación Triunfo and ¡Más que baile! for Telecinco (January 2010 to January 2013). Apart from that she has modelled in several men’s magazines, and appeared in the movies alto voltaje, Isi & Disi and Carlitos y el campo de los sueños. Born Pilar Rubio Fernández on March 17, 1978, in Torrejón de Ardoz, Spain, she began studying economics in college but dropped out to pursue her career. Since 2012, she has been in a relationship with footballer Sergio Ramos, with whom she has three sons: Sergio Jr., Marco and Alejandro. They married in Ramos’ home-town of Seville on 15 June 2019. She was previously in a relationship with singer José Molinero from 2001 to 2011. 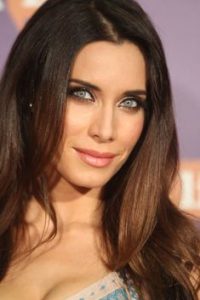 Pilar Rubio Education:
She studied Economics in college, although she did not finish the degree.

Pilar Rubio Facts:
*She was born on March 17, 1978, in Torrejón de Ardoz, Spain.
*She was named Premio Joven’s best television reporter for her work on Sé lo que hicisteis in 2007.
*She was named as the sexiest woman in the world by the Spanish edition of the FHM magazine in 2008 and 2009.
*Visit her official website: www.pilarrubio.com
*Follow her on Twitter, YouTube, Facebook and Instagram.