Poppy Delevingne is an English model, actress and socialite who has appeared for several advertisements under leading brands such as Anya Hindmarch, Astley Clarke, Bamford, Laura Ashley, Made in Heaven Jeans, Mango, River Island, Philipp Plein, Massimo Dutti, Vero Moda, and Joie. Delevingne has walked the runway for brands including Giles Deacon and Julien Macdonald, and has worked with photographers such as Terry Richardson. She became the face of the Louis Vuitton summer 2012 collection, and has graced the covers of Vogue (Turkey), Harper’s Bazaar (Korea), Elle (Mexico, Ukraine, Korea, Norway) and Love. 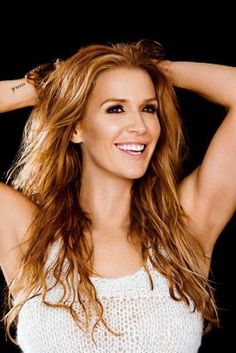 Born Poppy Angela Delevingne on May 3, 1986 in London, United Kingdom, to parents Pandora and Charles Delevingne, her younger sister is model and actress Cara Delevingne and she has another sister named Chloe. Poppy was educated at Bedales School in Petersfield in Hampshire. She was spotted by Sarah Doukas from Storm Model Management when she was a young teen. She married model James Cook in May 2014.

Poppy Delevingne Facts:
*She was born on May 3, 1986 in London, United Kingdom.
*She is the older sister of Cara Delevingne.
*She was named after the opium poppy plant.
*She was discovered by Storm Model Management founder Sarah Doukas in 2008.
*She was named as a Young Ambassador for the British Fashion Council.
*She is good friends with photographer Matthew Williamson.
*Follow her on Twitter, Facebook and Instagram.