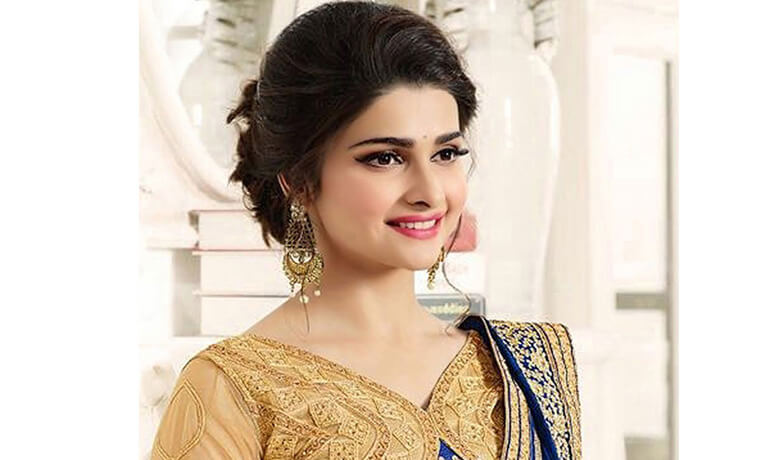 Prachi Desai is an Indian actress known for appearing in Hindi films and television. Desai started her television career as the lead protagonist in the soap opera on Zee TV, Kasamh Se. Her notable performances include: Rock On!!, Life Partner, Once Upon a Time in Mumbaai, Bol Bachchan and I, Me Aur Main. In 2007, Desai participated in Jhalak Dikhhla Jaa 7 with choreographer Deepak Singh and became the winner. She is also the endorser, spokesperson, brand ambassador and the face of Goa Tourism and Neutrogena products in India.

Born on September 12, 1988 in Surat, India, to parents Niranjan Desai and Ameeta Desai, she has one sister named Esha Desai. Prachi studied in St. Joseph Convent School, Panchgani and completed her schooling until 9th grade in Surat. She did her higher studies in Sinhagad College in Pune. She started her career with a short modeling workshop. She was 17 when she left her studies and started her career with Kasamh Se.

Prachi Desai Facts:
*She was born on September 12, 1988 in Surat, India.
*She started her television career as the lead protagonist in the successful TV drama Kasam Se on Zee TV.
*She participated in the Indian version of BBC Strictly Come Dancing on 7 September 2007 with choreographer Deepak Singh and became the winner.
*She made her Bollywood debut in the 2008 film Rock On!!.
*She is a brand ambassador of Lux Lyra.
*Follow her on Twitter, Facebook and Instagram.