Pranitha Subhash is an Indian film actress who works predominantly in Kannada, Telugu and Tamil films. Her notable film appearances include: Baava, Attarintiki Daredi, Massu Engira Masilamani, Bheema Theeradalli, and Enakku Vaaitha Adimaigal. She has also appeared in ads for brands like Joyalukkas, SVB Silks Salem, Bombay Jewellery, Welight Academy of Education, Sri Lakshmi Jewellery, Pondichery and RS Brothers. In 2018, Subhash appeared with Ayushmann Khurrana in the song “Chan Kitthan”. Born on October 17, 1992 in Bengaluru, India, she is the only child of Jayashri and Subhash, who run a hospital in Bangalore. 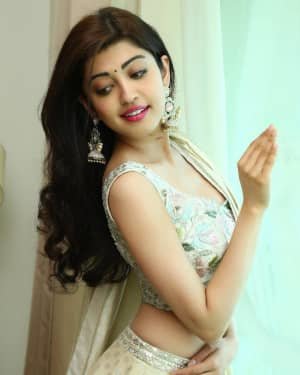 Pranitha Subhash Facts:
*Born on October 17, 1992 in Bengaluru, India, her father is a physician and her mother is a Gynaecologist.
*She belongs to a Kannadiga family.
*She began her career as a model.
*She made her film debut in the Kannada film, Porki (2010).
*She became the brand ambassador of the team Karnataka Bulldozers in the Celebrity Cricket League in its third season in 2013.
*She co-owns a restaurant called Bootlegger on Lavelle Road, Bangalore.
*Visit her official website: www.pranithasubhash.in
*Follow her on Twitter, Facebook and Instagram.