Park Jin-young is a South Korean singer-songwriter, composer and actor. He is best known for being a member of the South Korean boy band Got7 and boy band duo JJ Project. As an actor, Jinyoung has appeared in Dream High 2, When a Man Falls in Love, This is My Love, Legend of the Blue Sea, A Stray Goat, He Is Psychometric and When My Love Blooms. 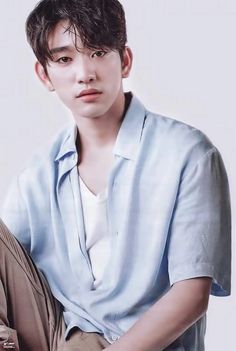 Park Jin-young Facts:
*He was born on September 22, 1994 in Jinhae-gu, Changwon, South Korea.
*He wanted to become a pre-school teacher when he was younger.
*Original member of the award-winning K-Pop boy band Got7 along with JB, Jackson Wang, Kim Yugyeom, Mark Tuan, Youngjae and BamBam.
*He made his film debut in the 2016 independent film A Stray Goat.
*Follow him on Instagram.