Brandon Beemer is an American actor and model. He is best known for his portrayal of Shawn-Douglas Brady on the NBC daytime soap opera Days of Our Lives, and for his role as Owen Knight on the CBS soap opera, The Bold and the Beautiful. His movie credits include Material Girls, Wrong Cops, and Fear Clinic. In 2016, Beemer appeared in the soap opera web series The Bay as Evan Blackwell / Young John (flashback). He also had a recurring roles in Undressed and General Hospital. 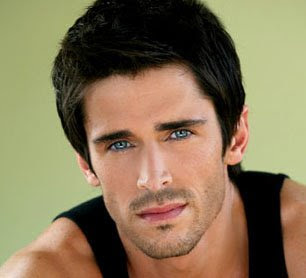 Born Brandon Richard Beemer on February 27, 1980 in Eugene, Oregon, he belongs to both German and Irish descent. He graduated in 1998 from Willamette High School in Eugene, Oregon. He was in a relationship with actress Nadia Bjorlin from 2006 to 2013.

Brandon Beemer Facts:
*He was born on February 27, 1980 in Eugene, Oregon, USA.
*He used to work as a driver at the local Coca-Cola bottling plant.
*He was discovered by filmmaker David DeCoteau for the film The Brotherhood.
*He is best known for his roles in the soap operas Days of Our Lives and The Bold and the Beautiful.
*Visit his official website: www.brandonbeemer.com
*Follow him on Twitter and Instagram.