Pratik Gandhi is an Indian theatre and film actor, active primarily in Gujarati theatre and cinema, in addition to English and Hindi films. He is best known for his portrayal of Harshad Mehta in the biographical drama web-series Scam 1992: The Harshad Mehta Story (2020), directed by Hansal Mehta. Gandhi’s other notable works include Bey Yaar, Wrong Side Raju, and Love Ni Bhavai. Born in Surat, Gujarat, India, to parents who were teachers, he has one younger brother named Punit. Gandhi was educated at Bhulka Bhavan School in Surat, Gujarat and North Maharashtra University (N.M.U). Following his graduation, he started working as an engineer in Reliance Industries in day time and doing theatre in evening. He made his debut in the Gujarati film industry with the film Bey Yaar (2014) which became commercially and critically successful. In 2009, Gandhi married television and theatre actress Bhamini Oza. They have a daughter together. 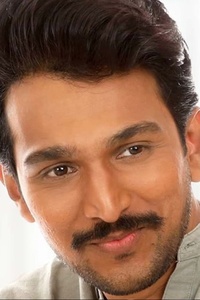 Pratik Gandhi Facts:
*He was born in Surat, Gujarat, India.
*His parents are teachers by profession.
*He wanted to become a doctor but opted for Industrial Engineering in Maharashtra due to low grades in school.
*His biographical drama web series, Scam 1992: The Harshad Mehta Story (2020) depicting stock broker Harshad Mehta became a hit.
*Follow him on Twitter, Facebook and Instagram.