BoA is a South Korean singer-songwriter and actress who has seen commercial success in both South Korea and Japan. She is referred to as the Queen of Korean Pop. BoA’s debut Japanese album, Listen to My Heart (2002), became an RIAJ-certified million-seller and debuted atop the Oricon, the first album by a Korean artist to do so. In October 2008, BoA debuted in the United States with the single “Eat You Up” and released her debut English-language album, BoA on March 17, 2009. From 2011 to 2013, BoA served as a judge on the reality competition show K-pop Star, and starred as Kwon Bo-young in JTBC’s romance melodrama Listen to Love. In 2017, BoA became one of the producers for Mnet’s boy group survival reality show, Produce 101 Season 2. In 2020, BoA was featured as one of the coaches for the third season of The Voice of Korea, alongside Kim Jong-kook, Sung Si-kyung, and Dynamic Duo. Born Kwon Bo-ah on November 5, 1986 in Namyangju, Gyeonggi Province, South Korea, to parents Young-ja Sung and Kwon Je-chul, she has two brothers named Kwon Soon-hwon and Kwon Soon-wook. BoA was educated at Yangjung Elementary School, Sahmyook Middle school (Junior High), and Korean Kent Foreign School (KKFS) in Seoul, South Korea. 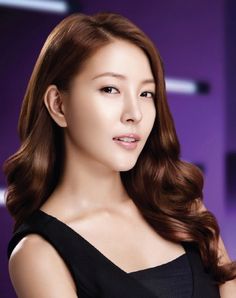 BoA Facts:
*She was born on November 5, 1986 in Namyangju, Gyeonggi Province, South Korea.
*She was discovered by SM Entertainment talent agents when she accompanied her older brother to a talent search.
*Her favorite musicians are Michael Jackson, Whitney Houston, Justin Timberlake, and Ne-Yo.
*She is fluent in Korean, English, and Japanese.
*She is close friends with Japanese pop star Crystal Kay.
*Follow her on Twitter, YouTube, Facebook and Instagram.