Preston Jones is an American actor. He is best known for his roles in Detention (as Paul), Spring Break ’83 (as Chip), I’m With the Band (as Kurt Dirkman), and Road Trip: Beer Pong (as Andy) alongside Michael Trotter, Danny Pudi, Nestor Aaron Absera and Julianna Guill. Born on August 21, 1983 in Dallas, Texas, he has an identical twin brother, Drew Jones. After graduating from DeSoto High School in 2002, Jones went on to study Theatre and Radio Television Film at The University of Texas at Austin. He landed the role of the Scotsman Lachlan McLachlan in John Patrick’s play, The Hasty Heart while attending the University of Texas at Austin. He married his high school friend Ashley Howe. They have two children. 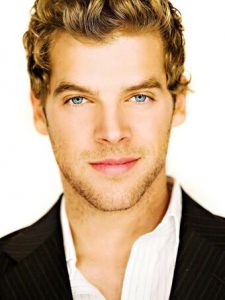 Preston Jones Facts:
*He was born on August 21, 1983 in Dallas, Texas, USA.
*He began acting his senior year in high school when he attended DeSoto High School in DeSoto, Texas.
*He studied Theatre and Radio Television Film at The University of Texas at Austin.
*In 2009, he appeared in a leading role of Andy in Road Trip: Beer Pong.
*Follow him on Twitter and Instagram.