Priya Gill is an Indian actress who worked primarily in Hindi films, in addition to Punjabi, Malayalam, Tamil, Bhojpuri and Telugu films. She was second runner-up in Miss India 1995. She is best known for her roles in the films Sirf Tum, Bade Dilwala, Josh, Tere Mere Sapne and Red. Having appeared in some Malayalam, Telugu, Tamil and Punjabi films, Gill left acting in 2006. Born on December 9, 1975 in Punjab, India, in a Sikh family, Gill made her Bollywood debut in 1996 with the ABCL production Tere Mere Sapne along with Arshad Warsi and Chandrachur Singh. She was last seen in Hindi film Bhairavi in 2006. 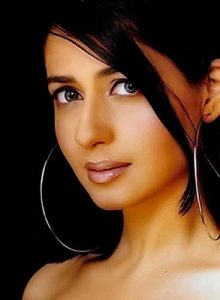 Priya Gill Facts:
*She was born on December 9, 1975 in Punjab, India.
*She placed third in Miss India 1995.
*She made her acting debut in the Bollywood film Tere Mere Sapne which was released in 1996.
*She left acting in 2006.
*She currently resides in South Carolina, USA.