Quentin Tarantino is an American director, producer, screenwriter, and actor who wrote, directed, and appeared in the black comedy crime film Pulp Fiction in 1994, for which he was nominated for the Academy Award for Best Director and for Best Original Screenplay, winning the latter. Tarantino’s other notable works include Kill Bill: Volume 1, Kill Bill: Volume 2, Inglourious Basterds, Django Unchained, The Hateful Eight and Once Upon a Time… in Hollywood. Throughout his career, Tarantino has been nominated for various awards, including seven Academy Awards, seven BAFTA Awards, seven Golden Globe Awards, two Directors Guild of America Awards, and sixteen Saturn Awards. He has won the Academy Award for Best Original Screenplay twice, for Pulp Fiction and Django Unchained. Born Quentin Jerome Tarantino on March 27, 1963 in Knoxville, Tennessee, to parents Connie McHugh and Tony Tarantino, he is of Italian descent on his father’s side, and of Irish descent on his mother’s side. Tarantino dropped out of Narbonne High School his freshman year to go to acting school in Toluca Lake. He started his career in the late 1980s by directing, writing, and starring in the black-and-white My Best Friend’s Birthday, a partially lost amateur short film which was never officially released. He has been married to Daniella Pick since November 28, 2018. They have a son together. He was previously in a relationship with Mira Sorvino, Julie Dreyfus, Allison Anders, Sofia Coppola, Kathy Griffin, and Margaret Cho. 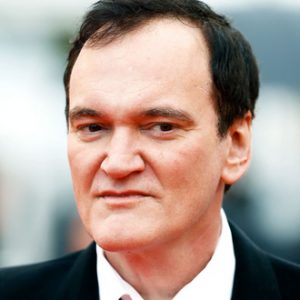