Quinnen Williams is an American football defensive end for the New York Jets of the National Football League. He played college football at the University of Alabama and was drafted by the New York Jets with the third overall pick in the 2019 NFL Draft. He played his first regular season game on September 8, 2019 against the Buffalo Bills. 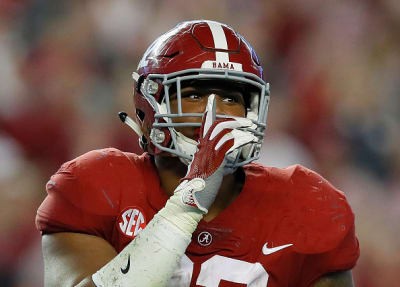 Quinnen Williams Facts:
*He was born on December 21, 1997 in Birmingham, Alabama, USA.
*He is the younger brother of Jacksonville Jaguars linebacker, Quincy Williams.
*He attended Wenonah High School in Birmingham, Alabama.
*His mother died of breast cancer in 2010.
*He was rated as a four-star prospect and the 17th best defensive tackle in the country for the class of 2016 by the 247Sports Composite.
*Follow him on Twitter and Instagram.