Rachel Bilson is an American actress. She is best known for playing the role of Summer Roberts in the American television series The O.C. from 2003 to 2007. She played Dr. Zoe Hart on The CW series Hart of Dixie from 2011 to 2015, and starred in the 2008 science-fiction-action film Jumper. She also appeared in the 100th episode of American popular TV series How I Met Your Mother (“Girls Versus Suits”) as Ted Mosby’s latest love interest. In 2018, she began starring in ABC drama series Take Two. Born Rachel Sarah Bilson on August 25, 1981, in Los Angeles, California, to Janice Stango and Danny Bilson, she is of Jewish descent on her father’s side, and of Italian descent on her mother’s side. She has two younger half- sisters, Rosemary & Hattie, from her father’s second marriage. She did her schooling from Walter Reed Middle School and Walter Reed Middle School. She also attended Grossmont College, a community college in a suburb of San Diego, but dropped out after one year, to pursue her acting career. She made her film debut in 2006 as Kim in romantic comedy-drama film The Last Kiss. In 2007, Bilson began dating Canadian actor, with whom she filmed the movie Jumper. They became engaged on December 25, 2008. In mid-2010, they broke up, but began dating again a few months later. On October 29, 2014, Bilson gave birth to their daughter Briar Rose. They separated in September 2017. She was previously in a relationship with Adam Brody from 2003 to 2006. 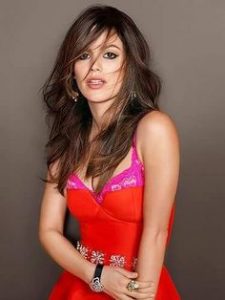