Rachel Fabri is an English singer and songwriter. She is best known for being a member of the musical group All Angels since July 2010. Her All Angels band ‘family’ includes Charlotte Ritchie, Melanie Nakhla, and Daisy Chute. With All Angels, Fabri performed at venues such as Wembley Stadium at the 2011 UEFA Champions League Final, Cadogan Hall, Royal Albert Hall, Manchester Arena, Birmingham Genting Arena and the Sheffield Arena. Together, the group released an EP called ‘Starlight’. Born on September 12, 1985 in Malta, Fabri trained at the Masquerade Theatre Arts School and earned her Bachelor’s degree in Psychology (B.Psy Hons.) from the University of Malta in 2007, and also gained various diplomas in Child Psychology. She also earned a master’s degree in musical theatre at the Guildford School of Acting. She has been married to Andrew Camilleri since May 2014. They have a daughter together. 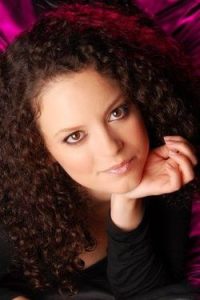 Albums: Forever Yours, All Angels, Classically Chilled, The Very Best of John Rutter, World In Union 2011 – The Official Album

Rachel Fabri Facts:
*She was born on September 12, 1985 in Malta.
*She received a master’s degree in musical theatre at the Guildford School of Acting.
*One of the members of the British, platinum-disc, classical-crossover quartet All Angels.
*Visit her official website: www.rachelfabri.co.uk
*Follow her on Twitter, Facebook and Instagram.