Rachel Melvin is an American actress. She is best known for her portrayal of Chelsea Brady on the NBC soap opera Days of Our Lives, and for her role as Penny in Dumb and Dumber To. She also played Mary in the 2014 film Zombeavers and Sarah in the drama thriller film Madtown. She appeared in the final season of MTV’s Awkward. Born on February 9, 1985 in Elmhurst, Illinois, USA, she was raised in Phoenix, Arizona. She has an older sister named Jessica. She graduated from Mountain Pointe High School in 2003. She went to California immediately after graduation to pursue a career in acting. She made her film debut in Boo (2005). 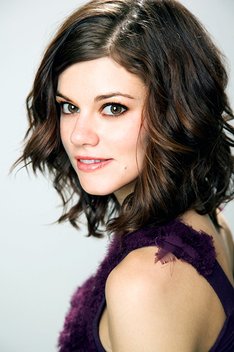 Rachel Melvin Facts:
*She was born on February 9, 1985 in Elmhurst, Illinois, USA.
*She is a 2003 graduate of Mountain Pointe High School.
*She made her film debut in 2005 as Meg in the independent horror film, Boo.
*She plays the violin.
*Rachel’s idols include Meryl Streep, Anne Hathaway, Mary-Louise Parker, Cynthia Nixon and Toni Collette.
*Visit her official website: www.therachelmelvin.com
*Follow her on Twitter, Facebook and Instagram.