Rachel Nichols is an American journalist and sports reporter who works for ESPN. She is host of The Jump, a daily half-hour program focused on the NBA. Prior to joining ESPN, Nichols worked as a reporter for the Washington Post and the Fort Lauderdale Sun-Sentinel. From 2013–2016, she served as CNN’s sole sports anchor, contributing exclusive reporting, commentary and analysis on the biggest sports stories across the network. Born Rachel Michele Alexander on October 18, 1973 in Potomac, Maryland, to parents Jane and Ronald Jacobs, she has one older brother and one younger brother. She graduated from Winston Churchill High School in 1991 and received a Bachelor of Science degree in journalism from Northwestern University. Nichols joined ESPN in 2004, and became a regular part of SportsCenter, Sunday NFL Countdown and Monday Night Countdown, as well as a regular on the network’s NFL and NBA coverage. She married Max Nichols in 2001. Together, they have two children, twin daughters. 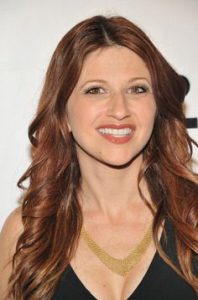