Raffaella Fico is an Italian showgirl, singer and model who was a cast member on the 8th season of the Italian version of the reality show Big Brother. She won an Italian beauty contest, “Miss Grand Prix” in August 2007. She made her film debut in 2008 in Storia di un amore by Maria Manna. She hosted the Italia 1 show Real TV on Italia 1 in 2009. She released her debut album Rush on 22 October 2014. Born on January 29, 1988 in Cercola, Campania, Italy, Raffaella is the daughter of two shopkeepers of fruit and vegetables. From June 2011 to April 2012, she was in an on-and-off relationship with Italian footballer Mario Balotelli with whom she has one daughter, Pia. From 2016 to 2018, she was romantically involved with Alessandro Moggi. 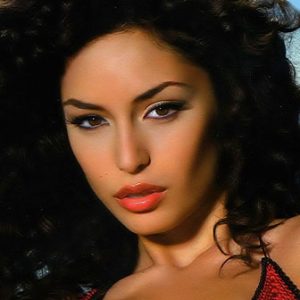 Raffaella Fico Facts:
*She was born on January 29, 1988 in Cercola, Campania, Italy.
*Her parents are Antonietta Fico and Alfonso Fico.
*She grew up in Casalnuovo di Napoli.
*In 2008, she claimed to be auctioning off her virginity for one million euros.
*In October 2009, she has had a relationship with Cristiano Ronaldo.
*She walked the runway of Milan Fashion Week while 6 months pregnant, wearing a bikini in September 2012.
*Visit her official website: www.raffaellafico.it
*Follow her on Twitter, Facebook and Instagram.