Rami Malek an American actor and producer. He is best known for his portrayal of computer hacker Elliot Alderson in the USA Network television series Mr. Robot, for which he won the Primetime Emmy Award for Outstanding Lead Actor in a Drama Series in 2016. Malek played Queen lead singer Freddie Mercury in the biographical drama Bohemian Rhapsody (2018), for which he won an Academy Award, Golden Globe Award, Screen Actors Guild Award, and British Academy Film Award in 2019. Malek’s other notable works include The War at Home, The Pacific, The Twilight Saga: Breaking Dawn – Part 2, Short Term 12 and the Night at the Museum film trilogy. Born Rami Said Malek on May 12, 1981 in Los Angeles, California, to Egyptian immigrant parents Nelly Abdel-Malek and Said Malek, he has an identical twin brother named Sami. He has also an older sister named Yasmine, who is a medical doctor. He earned his Bachelor of Fine Arts degree in 2003 from the University of Evansville in Evansville, Indiana. He has been in a relationship with his Bohemian Rhapsody co-star Lucy Boynton since 2018. 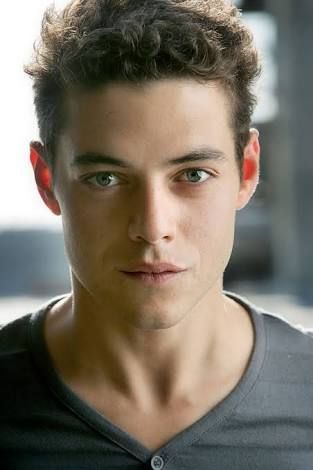 Rami Malek Facts:
*He was born on May 12, 1981 in Los Angeles, California, USA.
*He studied theater at the University of Evansville in Indiana.
*He won the 2019 Academy Award in the Best Actor in a leading Role category for his role as Freddie Mercury in Bohemian Rhapsody, becoming the first actor of Egyptian heritage to win the Academy Award for Best Actor.
*Time magazine named him one of the 100 most influential people in the world in 2019.
*He is good friends with Bassam Habib.
*Follow him on Facebook and Instagram.