Skai Jackson is an American actress, best known for starring as Zuri Ross in the Disney Channel series Jessie, and in the sequel, Bunk’d. She has also done voice work in Bubble Guppies, DreamWorks Dragons: Rescue Riders, Dora the Explorer, and the Marvel Rising series. In 2020, Jackson competed on season 29 of Dancing with the Stars. Born on April 8, 2002 in New York City, New York, to parents Kiya and Jacob Jackson, she has a brother and a sister. 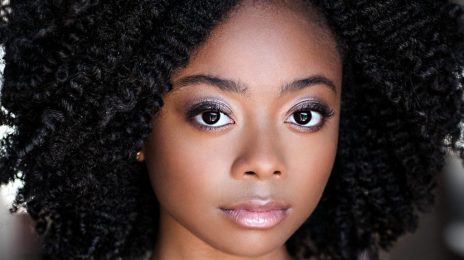 Skai Jackson Facts:
*She was born on April 8, 2002 in New York City, New York, USA.
*She first started acting at the age of 5, making her debut in the film Liberty Kid.
*From 2011 to 2015, she starred as Zuri Ross in Disney’s TV series Jessie.
*She voiced the character Glory Grant across the Marvel Rising series.
*From 2019 to 2020, she voiced the character Summer in the animated series DreamWorks Dragons: Rescue Riders.
*In 2019, she appeared in the music video for Lil Nas X’s song “Panini.”
*She was included in Time’s list of Most Influential Teens in 2016.
*She released her debut novel, Reach for the Skai: How to Inspire, Empower, and Clapback in 2019.
*Follow her on Twitter, YouTube, Facebook and Instagram.