Ranty Maria is an Indonesian actress. She is best known for television roles such as Ratna in 7 Manusia Harimau, Luna in Heart Series, Cinta in Anak Jalanan, and Vika in Anak Langit. She has also appeared in the films Perempuan Punya Cerita (Segmen: Cerita Jakarta), Calon Manten Coming Soon, and Titus: Mystery of the Enigma. Born Ranty Maria Aprily Kariso on April 26, 1999 in Jakarta, Indonesia, to parents Joanita Kariso and Lee Ki Young, she has three sisters, Queen, Rania, and Riska, and one brother, Kevin. Maria started her acting career in 2006 appearing in the popular Indonesian soap opera Menanti Keajaiban Cinta. 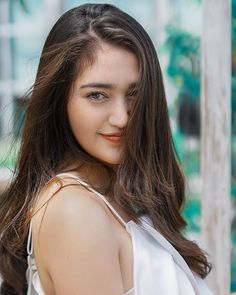 Ranty Maria Facts:
*She was born on April 26, 1999 in Jakarta, Indonesia.
*Her parents are Lee Ki Young and Joanita Kariso.
*She began her acting career in 2006.
*Follow her on YouTube and Instagram.