Raoul Bhaneja is a British-born Indo/Irish Canadian actor, musician, writer and producer. He is best known for starring as Peter (Pete) Subramani in the popular Canadian television series Train 48. He is also known for the roles of Det. Sid Kirmani in The Dresden Files, Mandeep in The Right Kind of Wrong and Eddie in the 2020 science fiction horror film Possessor. He has also done voice work in Braceface, Medabots, and Beyblade. He is also the front man of the Maple Blues Award-winning blues band Raoul and The Big Time, formed in 1998. Born on June 6, 1974 in Manchester, England, his father is South Asian and mother is Irish. Bhaneja attended Arts Canterbury Programme at Canterbury High School in Ottawa and The National Theatre School of Canada in Montreal. His first job in television was in the first season of the 1996 cutting edge comedy The Newsroom, directed by Ken Finkleman for CBC, and made his film debut in Extraordinary Visitor (1998). 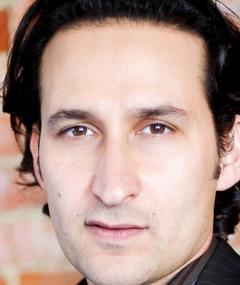 Raoul Bhaneja Facts:
*He was born on June 6, 1974 in Manchester, England, UK.
*His his first feature film was Extraordinary Visitor (1998).
*He was nominated for a Dora Award – Outstanding Musical – Production Life, Death and The Blues as well as Outstanding Performance- Musical for Life, Death and The Blues.
*Visit his official website: www.raoulbhaneja.com
*Follow him on Twitter, Facebook and Instagram.