Raviv Ullman is an Israeli-American actor and musician. He is best known for playing the role of Phil Diffy in the Disney Channel show Phil of the Future. He played Kip in the Lifetime sitcom Rita Rocks. The show was cancelled after two seasons due to low ratings. As a musician, he formed The Webee Boys, a music group parody with friends. Born in Eilat, Israel, on January 24, 1986, to American parents, Laura and Brain Ullman, he moved to the US with his parents shortly after he was born. He has a younger sister, Tali, and a younger brother, Nadav. He graduated from Fairfield Warde High School. 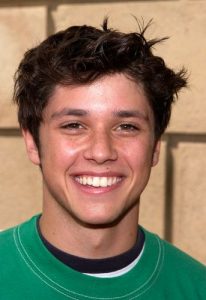 Raviv Ullman Facts:
*Born on January 24, 1986 in Eilat, Israel, he belongs to Jewish family.
*His family moved to Connecticut after his first birthday.
*He grew up in Conservative and Orthodox Judaism.
*He was class president while at Fairfield Warde High School.
*He speaks Hebrew.
*He taught himself how to play drums.
*He enjoys playing guitar, dancing, percussion, and volunteering with the charity organization TAP (Teen AIDS Prevention).
*He has a pet dog named Zoe.
*Currently, he resides in Los Angeles, California.
*Follow him on Twitter.