Beenish Chohan is a television actress and model from Pakistan. She is best known for her portrayal of Zeenat in the Pakistani political drama Mera Saaein. For her work in the television series Pehli Boondh, she won Lux Style Award for Best Actress and was also nominated for Lux Style Awards for Satellite Best TV Actress. Her other notable appearances include, Meri Behan Meri Dewrani, Yeh Zindagi Hai, Kitni Door Kitnay Paas, Dil, Diya, Dehleez, Kaanch Kay Rishtay, and Deemak. Born on 7 February 1986 in Lahore, Paksitan, to a Muslim family, she made her television debut in Thora Saath Chahiye. She is married, and has one son born in 2015. 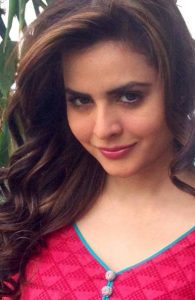 Beenish Chohan Facts:
*She was born on 7 February 1986 in Lahore, Paksitan.
*She belongs to a Muslim family.
*She currently lives in Karachi, Pakistan.