Ray Liotta is an American actor and producer. He is best known for his role as Henry Hill in the 1990 gangster film Goodfellas. He has also starred in the films Something Wild, Field of Dreams, Unlawful Entry, Cop Land, Hannibal, Blow, John Q, Identity, Observe and Report, Killing Them Softly, The Place Beyond the Pines, and Marriage Story. He was the voice of Tommy Vercetti in the video game Grand Theft Auto: Vice City. From 2016 to 2018, Liotta starred as Lieutenant Matt Wozniak in the drama series Shades of Blue. 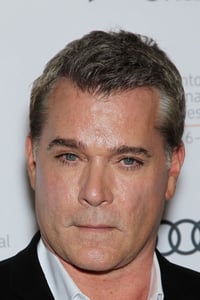 Born on December 18, 1954 in Newark, New Jersey, he was adopted by Mary (Edgar), a township clerk, and Alfred Liotta, an auto parts store owner. Liotta graduated from Union High School in New Jersey in 1973, and attended the University of Miami where he studied acting and graduated in 1978 with a degree in fine arts. He married actress Michelle Grace in February 1997, and the couple had a daughter named Karsen in December 1998 before getting divorced in 2004.

Ray Liotta Facts:
*Born on December 18, 1954 in Newark, New Jersey, he is of Scottish and distant Italian descent.
*He was adopted when he was six months old.
*He worked in a cemetery while he was at college.
*He studied acting at the University of Miami, where he became friends with Steven Bauer.
*He played Henry Hill in Martin Scorsese’s Goodfellas (1990).
*He won an Emmy Award for his role in ER.
*He was inducted into the 2016 New Jersey Hall of Fame in the Performance Arts category.
*He is best friends with Josh Taylor.
*He is left-handed.
*Follow him on Twitter, Facebook and Instagram.