Rebecca Hall is an American-British actress. She is best known for her roles in the films The Prestige, Vicky Cristina Barcelona, Frost/Nixon, Please Give, The Town, The Awakening, and Christine. She played Sylvia Tietjens in BBC Two’s Parade’s End, for which she was nominated for the British Academy Television Award for Best Actress. Born Rebecca Maria Hall on 3 May 1982, in London, UK, to Peter Hall and Maria Ewing, she is of English descent on her father’s side, and of African-American, Scottish, Sioux and Dutch descent on her mother’s side. She was head girl at Roedean School in East Sussex. She set up a theatre company while attending college. She has been married actor Morgan Spector since 2015. 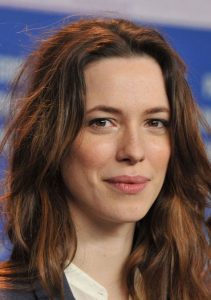 Rebecca Hall Facts:
*She is the daughter of Peter Hall and Maria Ewing.
*Her parents divorced when she was eight years old.
*She has dual citizenship of British and American.
*Her favorite film is 1979’s Manhattan.
*She was in a relationship with director Sam Mendes from 2010 to 2015.
*Follow her on Instagram.